A Look At Rising Signs

Even those of us who do not possess extensive knowledge of astrology are familiar with our sun signs. When asked “hey what’s your sign”, the sun sign is what we answer with. The positioning of the sun in our natal charts dictates our outward personality, and is generally considered the “boss” of the natal chart.

However, more than a few people have noticed that not everyone is as much like their sun sign as they are supposed to be. The answer to that conundrum lies in the rising sign, or ascendant – the sign of the zodiac that was rising over the horizon at the exact moment of your birth. If your sun sign represents your personality, then your ascendant represents the “public you”, the side of yourself you show to the rest of the world or present when you’re looking to make a favorable impression on others.

Most astrologers believe that the ascendant is just as important as the sun sign, and it is often recommended that when you checking your horoscope that you read the one for your ascendant as well as for your sun sign. To find out what your rising sign is get your free birth chart wheel.

Aries rising people are generally very direct individuals, and they have a “quickness” to their pace in all that they do. They love to be number one in all that they do, and they never miss a chance to make a powerful, lasting impression. They tend to have fast, distinctive gaits and often suffer from headaches, sinus problems, and other ailments associated with the head.

These folks may seem a bit slow to start, but once they’re moving, they’re extremely dedicated, capable individuals. They are loyal, caring individuals that radiate a very powerful aura of stability and purpose. These are people who probably dress in comfortable, but well-made clothing and appreciate fine, pretty things. They generally tend to have strong, stocky physiques.

Gemini rising people see the world as one giant classroom, and this is a quality they wear right on their sleeve for all to see. They are talkative, curious, and social, often asking a lot of questions at all times. They are ever observant, and they always seem to have interesting to add to the conversation at hand. Gemini rising people are often the life of the party.

The phrase “girl/guy next door” was coined with these folks in mind. They exude a certain sense of familiarity, and they tend to immediately put people right at ease. When you meet someone with a Cancer rising positioning, it’s like you’ve known them all your life. They are shy, sensitive folks who tend to sit on the sidelines and observe as opposed to trying to be the center of attention.

Leo rising people couldn’t keep from being noticed if they tried. They were simply born to stand out with their striking appearances and their bold approaches to people and to life in general. They always act as if all eyes are on them, even when completely alone. They are given to dramatic gestures and grandiosity, and often appear to be people who were born to take the lead.

These are natural, understated, quietly charming folks that exude an aura of capability and intelligence. They have a tendency to be a bit shy and reserved until they become used to their surroundings and the people in them. These people are also typically very health-conscious, taking impeccable care of their well being, both inside and out. They tend to be picky eaters and sometimes even hypochondriacs.

Libra rising people are likeable individuals who generally have very well polished manners and a diplomatic approach to those around them. They are attractive individuals who exude an aura of charm and appear to have easy-going, go-with-the-flown natures. However, they can sometimes suffer from a need to keep up their “everybody’s buddy” persona even at times when it’s inappropriate.

You either love Scorpio rising people or you hate them, but one thing’s for sure – you never have lukewarm feelings about them. They make powerfully intense impressions and seem to see right through you to your very core. Some people find this intimidating or off-putting while others find it refreshing. They can also possess a tendency toward paranoia, as they are very private individuals who worry constantly about having that privacy violated.

The world is one big adventure just waiting to be experienced when it comes to Sagittarius rising people. They come off as bold and optimistic – active and exciting. They do everything on a grand scale, making big promises and expounding upon grand themes. However, many Sagittarius rising people have trouble with follow-through. They love to share their opinions with others, but they sometimes lack tact in the way they do this.

Capricorn rising people exude a sense of seriousness, responsibility, and capability. They often have wonderfully senses of humor, but they tend to be dark or sarcastic in the way they express it. They are very image conscious, and they like to wear good quality clothes that project an image of success. They come across as being very hard-working, and as individuals who are very focused on security.

Aquarius rising people appear to be originals to the core. Nothing “cookie cutter” or mainstream will do. They often exude an aura of intelligence, know-how, and curiosity, and in fact they pride themselves on their well-exercised minds and innovative ideas. They are friendly, highly likeable people who sometimes have a tendency to say things just to see what people will do, as they have a high appreciation for shock value. They also tend to be quirky, original dressers.

Pisces rising people have an artistic, creative, and peaceful aura about them. They come across as gentle, open, and even highly spiritual at times. They are also very changeable individuals. Sometimes they are very shy and reserved, but other times you may find they’re in the mood to be quite talkative. They rely on intuition, instinct, and feeling to guide them through life, and sometimes they can seem a bit spacey. 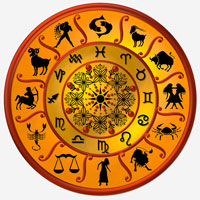